"Tucked away in a little corner of Tuscany, about fifty kilometres south east of Siena, lie the Crete Senesi and Val D’Orcia. Both probably embody best what is typical for Tuscany in terms of its landscape: rolling hills, winding dirt roads leading to rustic farmhouses, country lanes planted with rows of cypress and pine trees."

"I discovered this landscape on a photographic class with Bruce Barnbaum and Alexander Ehhalt in October, and ever since I have wanted to return. I chose the late spring, when the land would be a lush green after the spring rains, as this would contrast nicely with the barren landscape I had seen and photographed in autumn. For a fortnight I rented part of an old farmhouse at Montechiari, a hill with 360° panoramic views, just outside of the village of Torrenieri.

I often set my alarm clock to about half an hour before sunrise and sneaked out of the house for an early morning shoot. And yes, I did return to some of the classic photographic settings. But this time around I also wanted to find out whether there is a photographic life beyond Belvedere, Terrapille, Vitaleta and Cipressi. I decided to investigate the possibilities of turning Tuscany into a non-destination photo-shoot for me.

So instead of rushing off in the direction of Pienza or San Quirico d’Orcia in the mornings I simply put on my hiking shoes, walked past the car and turned into the road that leads up to the hill we were sitting on. And thus I had found my theme: The Road to Montechiari.

During the time I spent on the hill, I explored the various roads leading there. They range from rugged gravel covered in fine dust to footpaths through woodland, tractor trails leading into the maze of fields and past olive groves. I limited myself to what was within an easy morning walk of no more than about four kilometres away, and to what I could find within a few metres of the road. I tried to reduce the landscape to its most basic aspects: textures, lines, shapes, contrasts – in order to capture something quintessential of the landscape in each photograph.

As these jaunts were supposed to be all fun and no stress I left the tripod at home and settled for taking with me just the compact 35 and 90mm lenses. Occasionally these were accompanied by a 180mm on the long side and a 15mm to cover the wide angles. No more, no less.

And thus I found my surroundings and the resulting photographs to be singularly un-iconic and un-destination. They show a random collection of signs, roads, pathways, fences, clouds, trees, fields. Nothing that will ever make it onto a postcard or into a calendar. And yet I trust that some of them do convey what I have come to feel to be the genius loci of these quiet and unobtrusive landscapes." 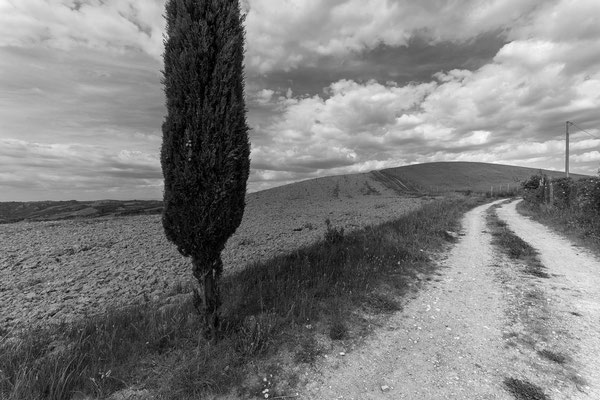 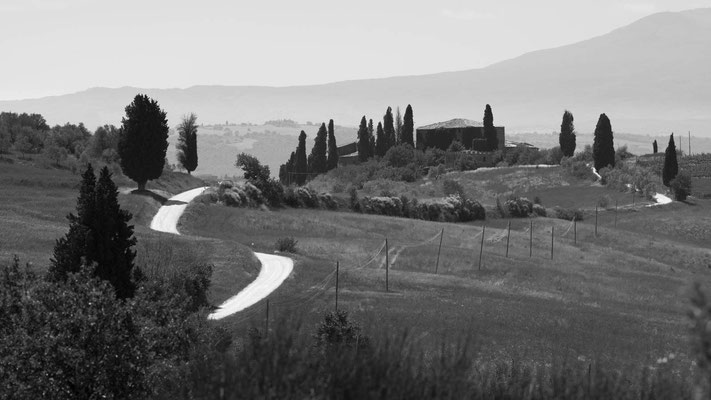 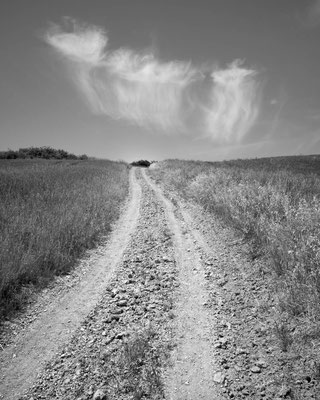 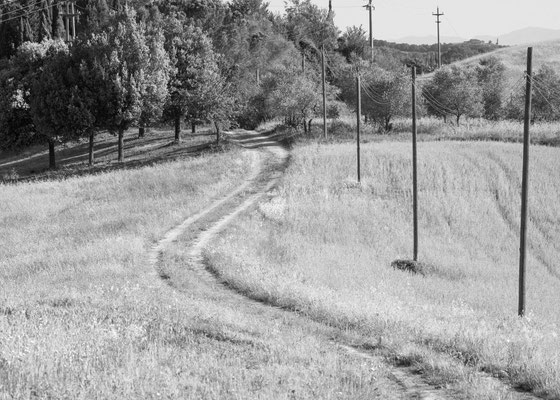 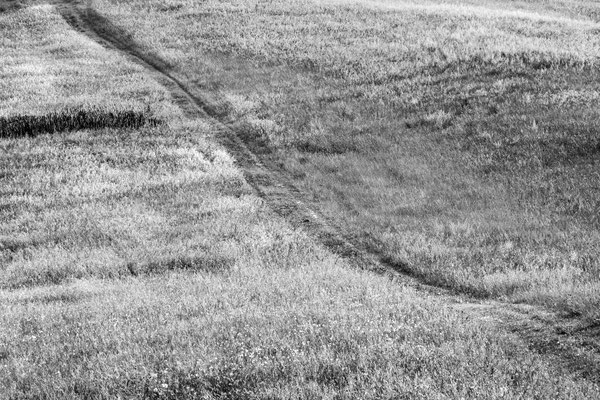 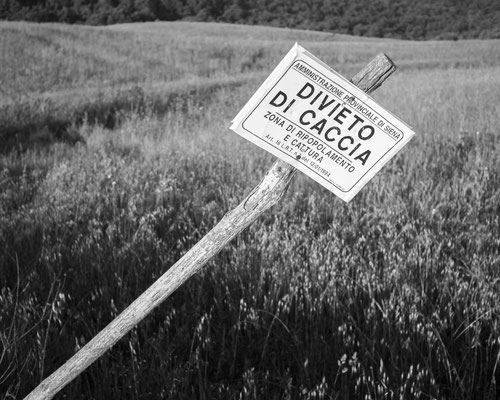 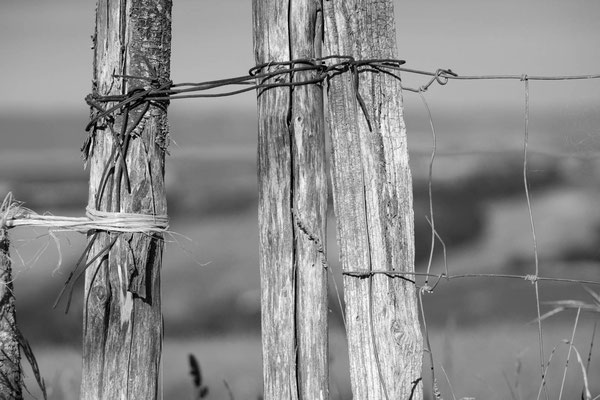 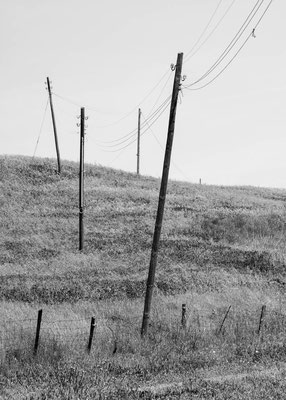 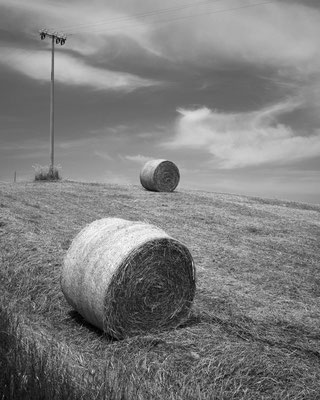 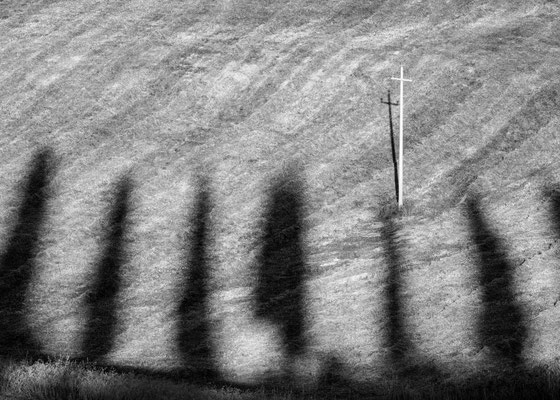 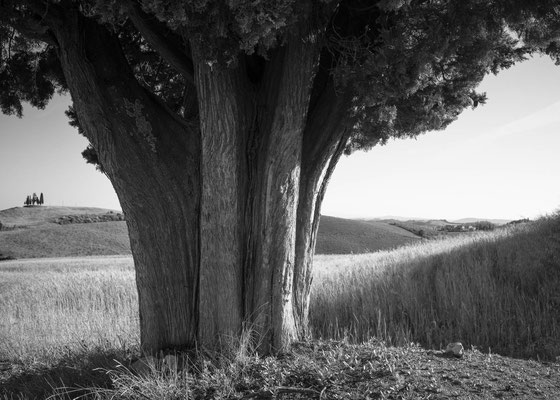 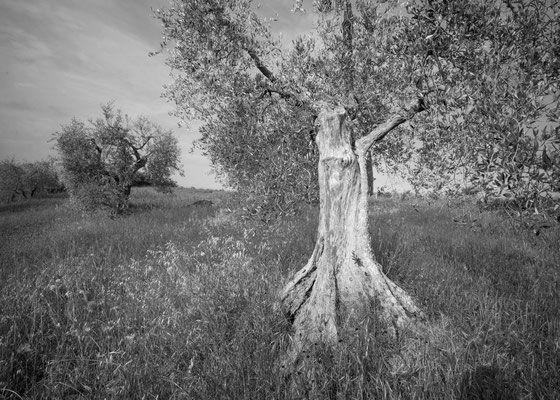 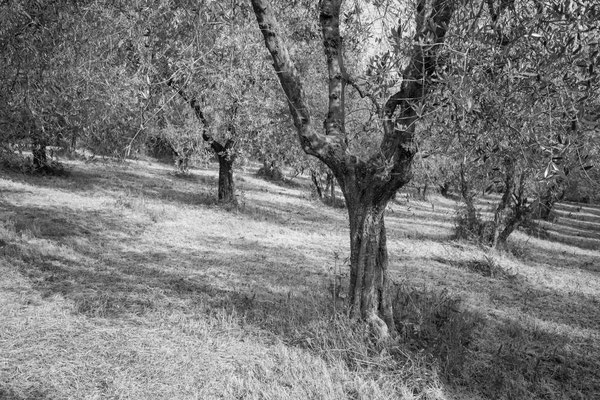 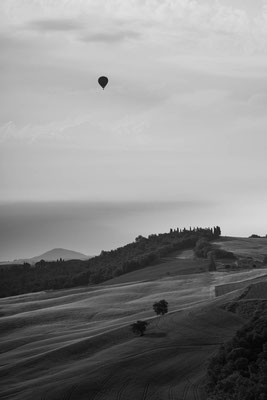